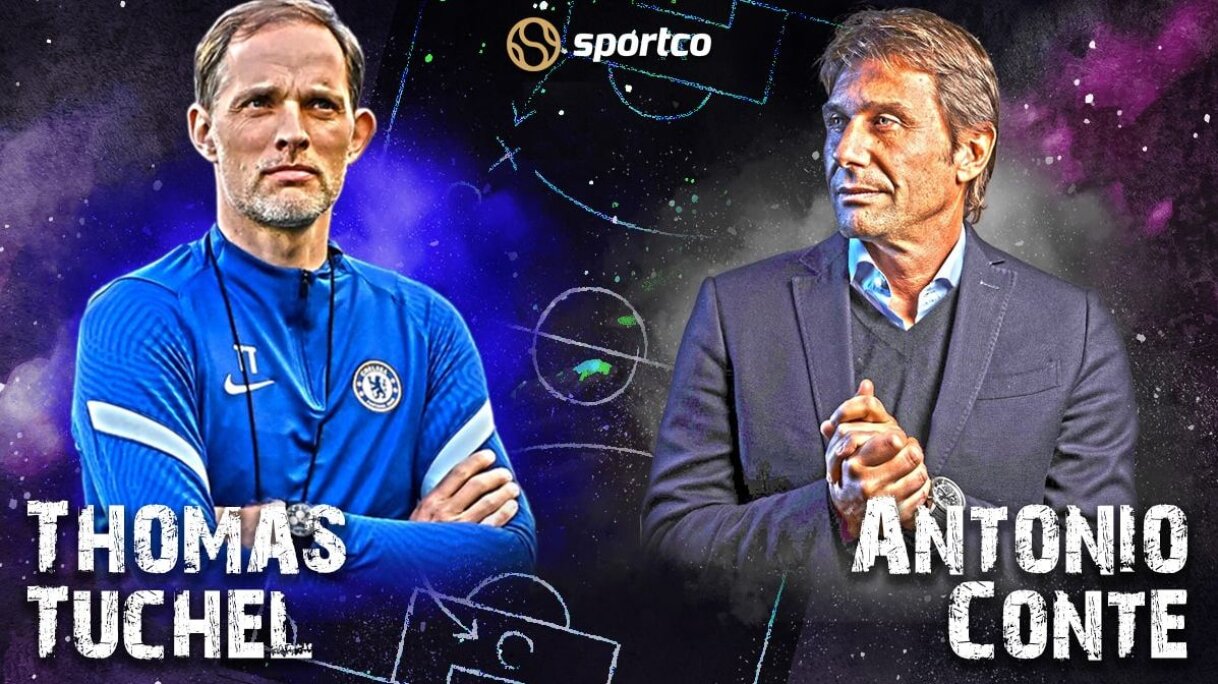 Two of the finest managers of Europe, Thomas Tuchel and Antonio Conte will see each other once again at Stamford Bridge; with this, we compare their head-to-head stats and discuss who is the successful manager.

Chelsea’s boss will once again be present on the dugout dictating his team when his side takes on bitter rivals Tottenham in the London derby.

The former Dortmund manager is very well aware of the fact that his team is losing the grip in the title race, and a few more defeats could also put a dent in their Champions League qualification.

Arsenal and Tottenham are just a few points behind, this could be serious trouble if they lose this fixture.

The players have also failed to put up a consistent performance, and their 90 million signing Romelu Lukaku has failed to find the back of the net since his goal against Aston Villa in December. Tuchel will need to get his side back on track before they lose their rhythm.

While Conte has already impressed after arriving at Tottenham, he has changed the club’s fortune and took them to a seventh-place finish, just one point adrift of top-four.

Under him, many players have found their form; the likes of Harry Kane and Lucas Moura have burst into life and exhibited emphatic performance in the past games.

Both the acumen will meet once again so, we compare their previous stats and see who the dominating one is.

Thomas Tuchel and Antonio Conte have met only twice in their entire managerial career. However, they encountered each other recently in the Carabao Cup which Chelsea dominated both the legs. So, the German manager is the ascendant one in their head-to-head stats.

Antonio Conte will try to end Tuchel’s dominance once again when he returns to Stamford Bridge since his sacking in 2018. The old memories will reminisce with his old club where he won Premier League with Chelsea in the 2016/17 season.

The astute managers have built a great reputation at Chelsea, as Thomas Tuchel won the Champions League and UEFA Super Cup in his first season with Chelsea, while Conte guided the blues to Premier League and FA Cup.

However, Antonio Conte will be on the other side this time and he will go in this game with a point to prove.

Both the gaffers are on a mission with their respective clubs, as Chelsea are looking to win their seventh Premier League titles, while Conte is looking to end Tottenham’s trophy drought.