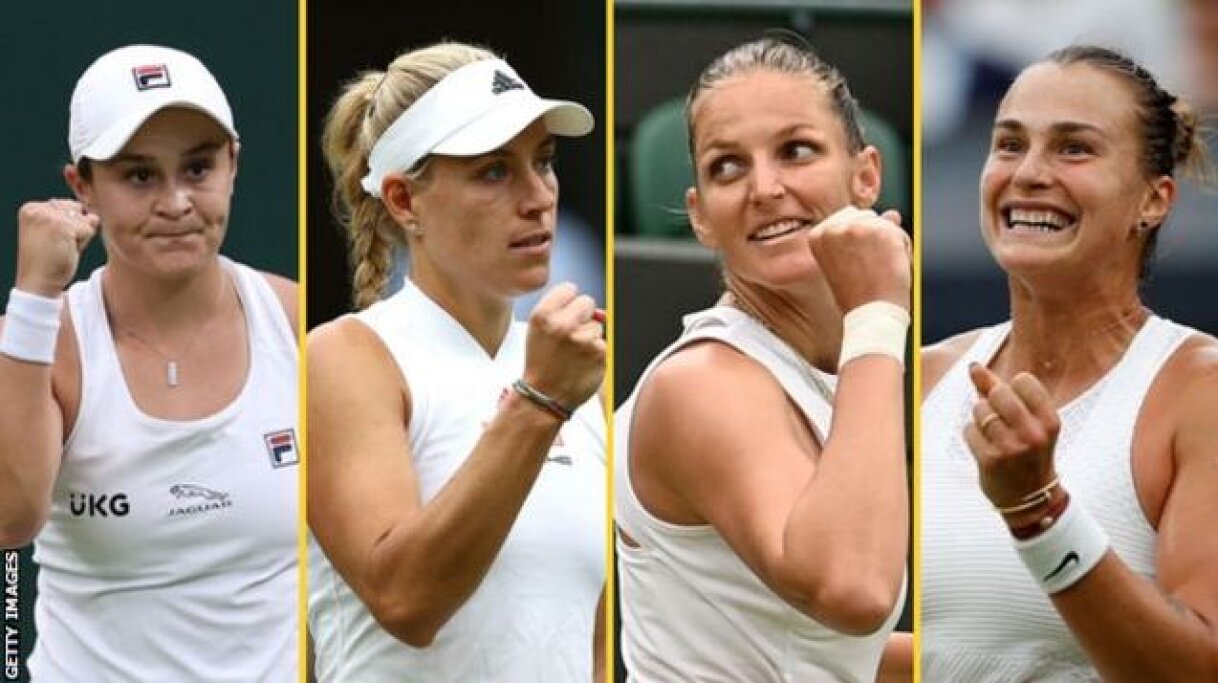 We are all set for the women’s semifinals at Wimbledon 2021 as two exciting matches await the fans. Top seed Ashleigh Barty takes on the 25th seed Angelique Kerber in the first semifinal.

This blockbuster clash will be followed by another intriguing encounter. The second seed Aryna Sabalenka faces the 9th seed Karolina Pliskova in the second semifinal.

Interestingly, all four quarterfinals in the women’s section ended in straight sets each. Hence, a close fight can be expected in the semis as it is a battle between heavyweights.

Sportco is showcasing another list of Power Rankings for the four semifinalists. These stats will determine if the semifinals goes the distance or turns to be one-sided.

Dear fans, what are your thoughts for this stupendous showdown in the semifinals? Will we see a clash between first-time finalists at Wimbledon or will Kerber inch closer to a second Wimbledon title? Do let us know in the comments below.