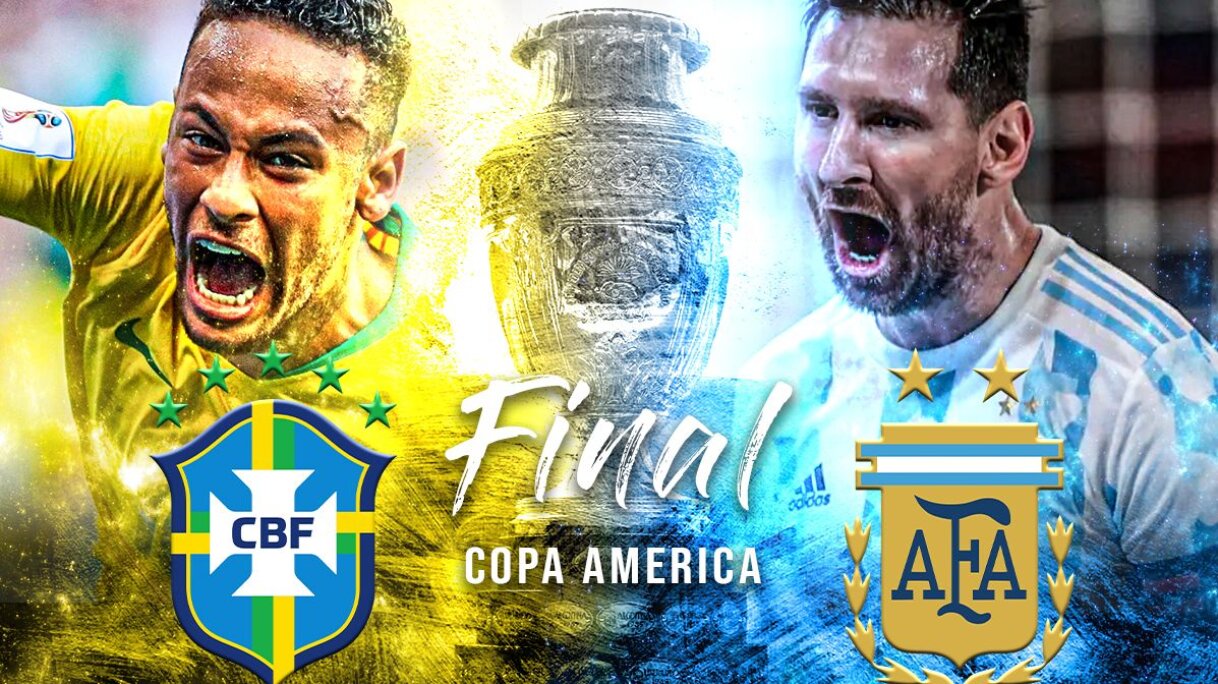 Maracana will host a blockbuster game between the two heavyweights of South America on Sunday. Argentina and Brazil will go head-to-head in their final game of Copa America 2021.

Both country’s voyages to the Copa America final have been mesmerizing. Brazil started the tournament with a 3-0 enthralling win against Venezuela before thrashing Peru 4-0. Colombia was the potential banana skin as Selecao had to dig deep to eke out a 2-1 win, while Ecuador held Brazil 1-1 in the final group game.

In the quarter-finals, Brazil faced the 2015 & 2016 winners Chile. Lucas Paqueta's strike in the second half and a red card to Gabriel Jesus was the only highlight of the game, as Brazil progressed to the semi-final with a 1-0 win.

It was once again Lucas Paqueta who found the breakthrough in their 1-0 win over Peru and set a date for the final against Argentina.

Argentina, on the other hand, started their Copa America 2021 campaign with a 1-1 draw against Chile. However, back-to-back a 1-0 narrow win against Paraguay and Uruguay helped them secure qualification into the knockout phase, before routing Bolivia 4-0 to conclude the group game.

Argentina then ousted Ecuador 3-0 in the quarter-final and booked a spot in the semi-final against Colombia, their toughest opponent yet. As usual, Argentina opened the scoring in just 7 minutes of the start only to be leveled in 61 minutes thanks to a goal from Luis Diaz.

Hence, the game proceeded in a shootout, where Argentina prevailed, courtesy of fine saves by Emiliano Martinez saw them booking their spot in the final against Brazil.

In their last five head-to-head matches in Copa America, Brazil have been stalwart drawing one and winning the rest four.

✨ Brazil hasn’t lost in Maracana in all competition since 1950

✨ If Argentina wins the Copa America 2021, they will equal Uruguay for the most titles won in this competition.

✨ Copa America is one of the oldest International tournaments, older than the FIFA World Cup and European Championship, first held in 1916.

✨ Argentina has not won the Copa America title since 1993

In what may be the most intense game of the tournament, both the teams have a potent squad and a resolute attitude when it comes to trophies.

Argentina has a quality squad and will be in desperate need to win an international trophy, Lionel Messi, who has been the most consistent player in the tournament, will spearhead the team in the final against Selecao.

Brazil has been resilient throughout the tournament showing optimism in every game, however, Argentina looms as a threat to their title defense. If Brazil has to win their 10th Copa America, they have to be top of their game.

Having a home advantage, we predict Brazil will emerge victorious with a 2-0 score against Argentina in the Copa America Final.