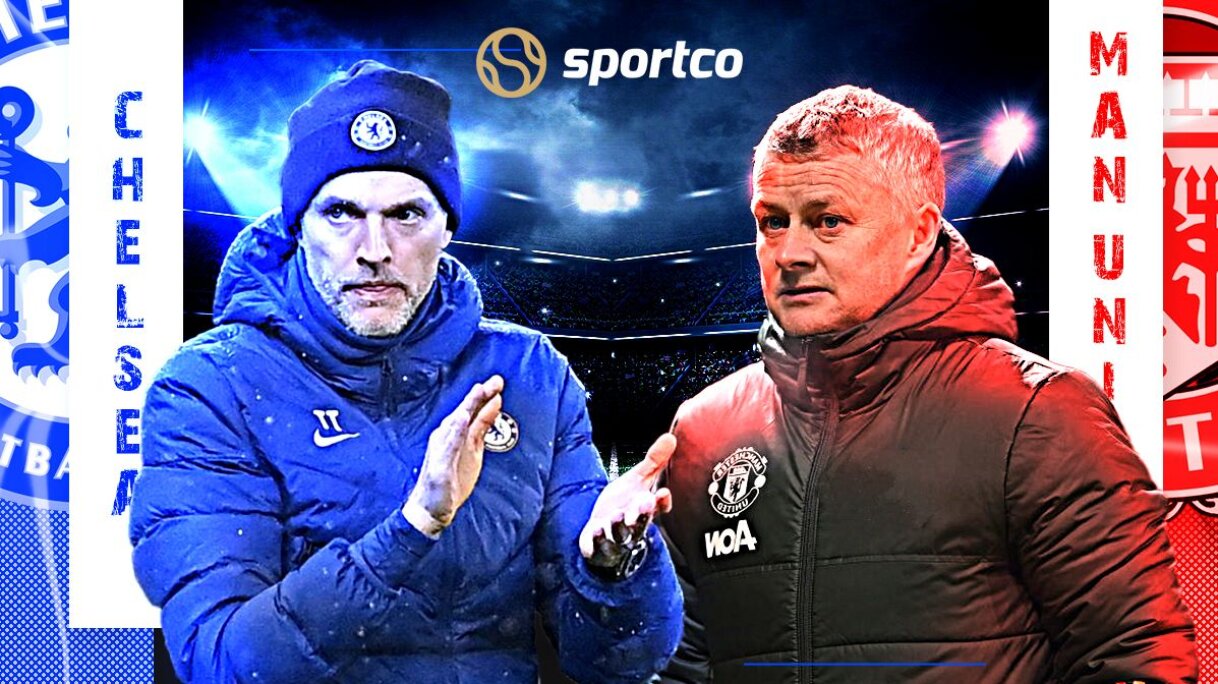 Thomas Tuchel's Chelsea host Ole Gunnar Solskjaer's Manchester United in a thrilling contest as the Blues are hopeful of a top-four spot, while Manchester United visit in quest of points to close the gap on their city rivals who are running away with the Premier League trophy as things stand.

Manchester United were anguished after dropping points at the Hawthorns but they are still marching on with their 18-game unbeaten away run in the Premier League.

After a goalless draw against Real Sociedad in the Round of 32 Europa League, United would hope that they get back to scoring ways against Thomas Tuchel's unbeaten Chelsea.

Tuchel's appointment has not only witnessed a formation change, but several lost players have returned to life. Marcos Alonso is one of them.

The Spaniard is not the best defensively but the wing-back role under Tuchel enables the offensive side of him, rendering him with the license to operate forward and shoot whenever possible.

Will Chelsea remain unbeaten after playing Manchester United? or will the red devils come out as their usual selves in the away fixture?

The battle is pretty intense between the sides with the visitors marginally ahead, with 12 wins compared to Chelsea's 11. However, the last five fixtures have seen Manchester United domineering with three wins, one loss, and a draw, being the latest one.

To provide an accurate prediction for Chelsea vs Manchester United, we definitely need to consider both teams' current form going into the big game at Stamford Bridge on Sunday.

Frank Lampard was sacked after Chelsea triumphed over Luton Town in the FA Cup. Thomas Tuchel, the ex-PSG boss has been in charge of Chelsea for 8 games, winning 6 of them, 2 draws and losing none.

His latest was a Champions League Round of 16 win over the Rojiblancos, Atletico Madrid, marking Chelsea's first win in the KO stages (Away) of the competition after more than nine years. (First time since 2012)

Manchester United haven't been bad either, with wins in three of their last five fixtures in all competition. However, their form against the traditional big six has been shaky this season.

They are yet to beat any of the sides from the 'traditional big six' in the league and that is something that will be revolving around the mind of the Norwegian.

Thiago Silva could be back for the London side as he returned to training last week and was rested for both the games against Southampton and Atletico Madrid. Tuchel is expected to stick with the lineup that played Southampton. The only anticipated transition could be Giroud's inclusion after his stunner that was the game's winner.

Manchester United would only be concerned for Daniel James who has sparked brilliantly and shown glimpses of the main reason why he was roped into Old Trafford, but suffered what seemed like a knock towards the final quarter of the Europa League game.

Anthony Martial looked decent but failed to score, so his place is in doubt with Edinson Cavani almost ready to make a return. Both Fred and Bruno Fernandes were taken off after the first half, meaning that the midfield duo is likely to be in the starting XI. Harry Maguire would be back, while concerns still loom over who will partner him at the back.

Both the sides haven't been the most convincing against the bigger opponents in the league this season, and this could be the perfect time to start showing up. Several big names from both parties would be involved and urged to influence the game.

For United, a win is a must discerning Manchester City have four home games on the trot, one of them being the Manchester derby.

Chelsea in a way are sandwiched as the teams below them aren't far away, with just seven points separating them and their London rival's and ex-boss Jose Mourinho's Tottenham Hotspur.

The game is likely to have more sting and we could be up for a heated meeting between the two.

Sportco prediction is a draw between Chelsea and Manchester United.