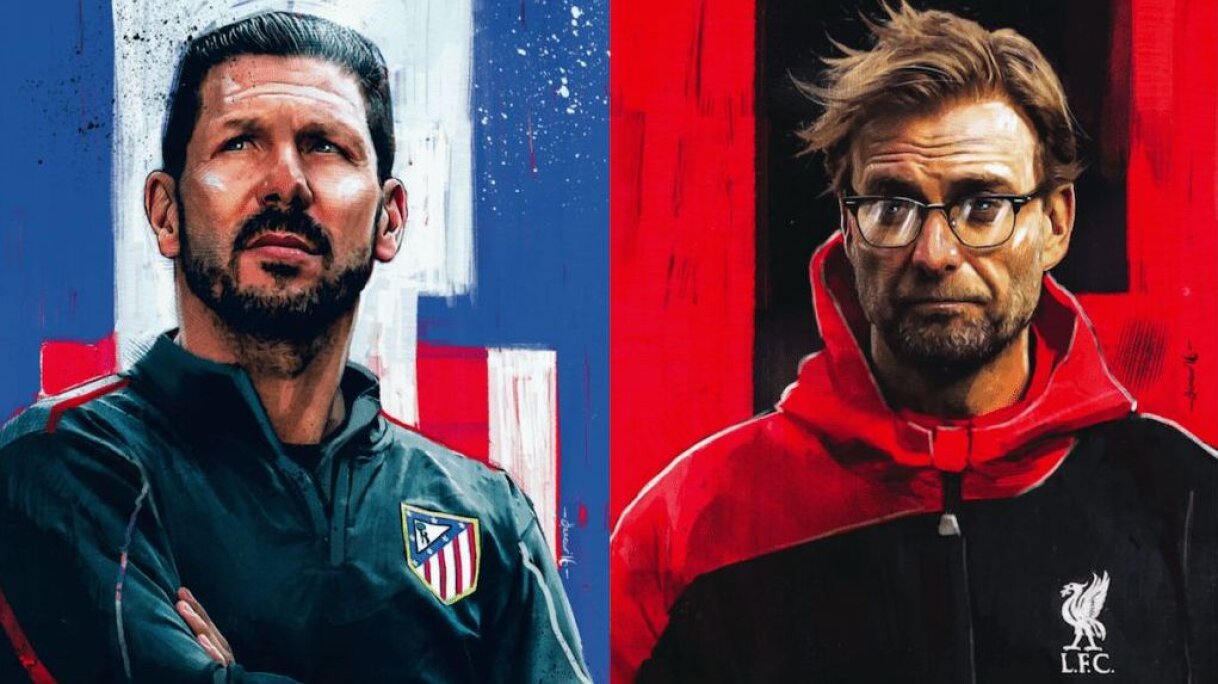 Jurgen Klopp and Diego Simeone will meet each other in the Champions League night on Tuesday as their respective teams will fight for the top spot of group B.

Diego Simeone and Jurgen Klopp have transformed their teams into powerhouses of Europe, as both teams have tasted domestic success under their stewardship.

Since taking over the helms of Atletico Madrid, Diego Simeone has pushed the team from a mid-table club to a formidable force not only in Spain but also in Europe.

The Argentinian has worked with the Madrid club for 10 years and has made amends. His tactics have delivered fruitful results and led the club to unprecedented success.

He has also led the club to the Champions League final twice but were ousted by the eventual winner Real Madrid in 2014 and 2016.

However, Atletico Madrid have not qualified beyond the last 16 since 2017, as last year they lost to Chelsea in the round of 16. This time Diego Simeone will want to break unwanted records and go further in the Champions League.

On the other hand, Jurgen Klopp's arrival saw a drastic change in Liverpool, as he turned the clock back by bringing glory days back to Anfield.

Klopp’s famous philosophy ‘gegenpressing’ completely changed the way Liverpool played and made them into a serious contender both domestically and in European competitions as well.

Under Klopp's 6 years at the helm, Liverpool enjoyed their greatest success in the Premier League, as they won the Premier League after 30 years in the 2019-20 EPL season along with their sixth Champions League a year before that.

Both the teams have met each other on seven occasions and Diego Simeone holds the upper hand in their head-to-head games with three wins and a defeat, and Klopp has won only once against Simeone’s side.

The last time both sides faced each other was in March 2020 when Atletico Madrid defeated Liverpool 3-2 at Anfield and qualified for the quarterfinals on 4-2 aggregate. It was the first time when Diego Simeone was against Jurgen Klopp and got a well-deserved result.

Both the managers will once again face each other in a group B game on Tuesday night, and it will be a heavy metal clash between both the teams and the men on the sidelines will be expecting their teams to live up to expectations. Match timing: (CET 9 pm)