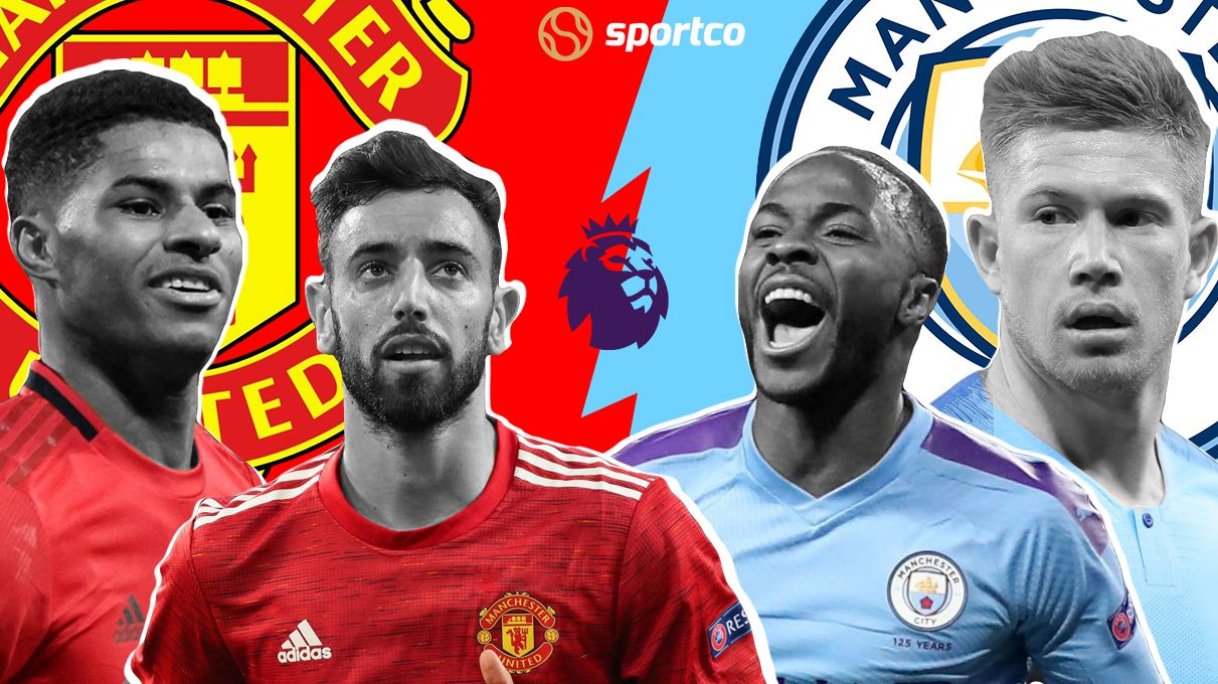 The upcoming weekend will witness the first Manchester derby of the 2020-21 season and all eyes will be on Manchester United who recently crashed out of the Champions League after a disappointing yet fighting game.

However, their past two Manchester derbies have been good as they managed a successful double over their rivals last season. Coming into the weekend, let’s have a look at how the last five Manchester clashes turned out.

Old Trafford was lit up after the Red Devils managed a two-goal win with a clean sheet courtesy of a training goal repeat by Bruno Fernandes assisting Anthony Martial who put it past Ederson, not in the most convincing fashion though.

The game was solid until the end as Pep threw every option from the bench but Ole Gunnar Solskjaer’s men were too stubborn at the back.

In the hurry of initiating a counter towards the dying minutes of the game, Ederson attempted to throw the ball towards Benjamin Mendy but the pass was intercepted by Scott Mctominay who drilled it into an empty net and United took the three points with them, initiating a very positive result as they chased the top four spot.

It was the second leg of the EFL Cup semi-finals and the Cityzens had a 1-3 victory from the first leg at Old Trafford. Man United had to start the derby well in order to keep their hopes alive to make it to the finals, and they did as a result of a Nemanja Matic bullet that was fired into the net in the 35th minute of the game.

The second-half got more difficult for United despite leading as the game’s goalscorer and ex-Chelsea midfielder was sent off as a result of a second booking. Manchester United went on to win the game 1-0 but were knocked out of the Carabao Cup (EFL Cup).

3. Manchester United vs Manchester City (8th January 2020)
The first leg of the above-mentioned EFL Cup tie was a disheartening one for the home side as they caught by the Man City midfielders who dominated the opening 20 minutes, scoring two goals in space of only 16 minutes.

They were struck with another blow just before the 40th-minute mark as City capitalized on a loose ball in the midfield and managed to get runners against a United backline that was not organized.

In the attempt of stopping the goal, Andreas Pereira couldn’t deflect the ball out of the net, leading to an own goal. Man United scored in the 70th minute but it was nothing more than a consolation goal as the game ended 1-3.

Pep Guardiola and co were trailing by some margin in their chase to stop Liverpool but the Red Devils exacerbated their problems, coincidently helping the Reds who are United’s rivals too. This time it was United’s quick front three who were up and running as they were involved in some disrupting counters.

Marcus Rashford, Daniel James, and Anthony Martial were involved in both the goals in the span of six minutes.

Manchester United fans knew that they could’ve been 4-0 by half-time if only Rashford and James had taken their chances well. The City rivals were kept quiet by United until the 85th minute when Nicolas Otamendi provided Man City with some hopes of a comeback.

However, influential performances by Aaron Wan-Bissaka, Victor Lindelof, and David de Gea cemented United’s first of the double over City in the league.

This was just a few days after Jose Mourinho was sacked and Ole Gunnar Solskjaer was roped in as the Red Devils boss. Despite being at home, Man United were completely off their plans as Manchester City scored two goals in the second half as City won 2-0.