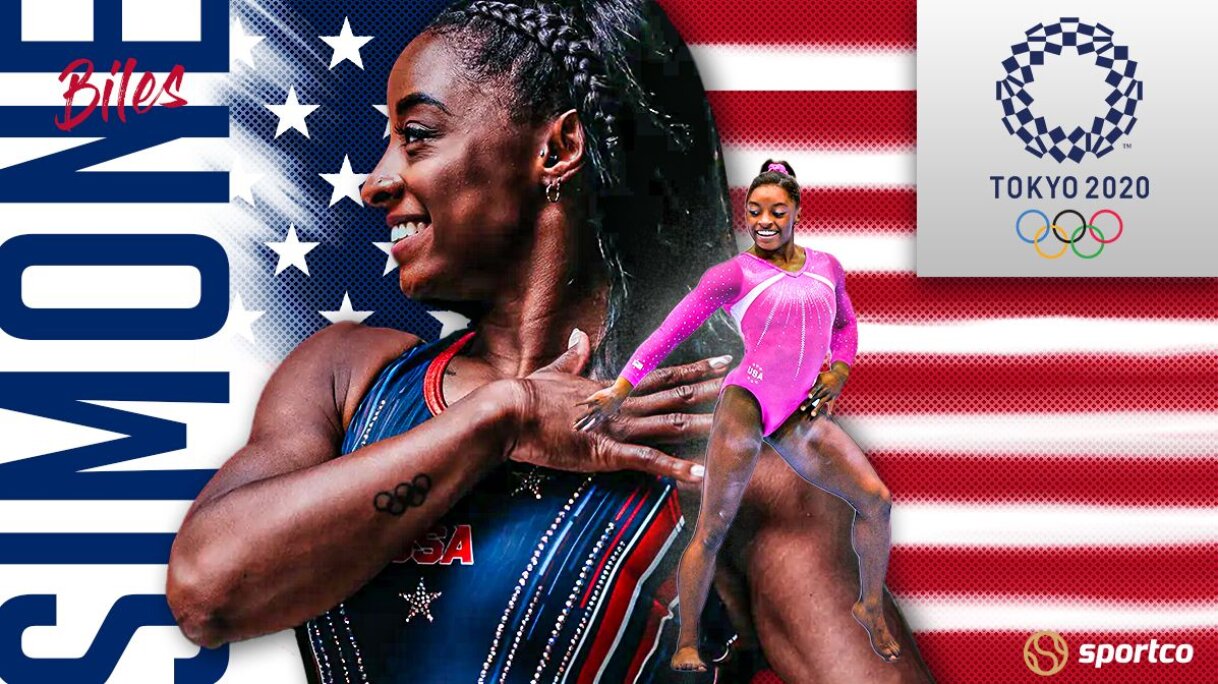 Regarded as one of the greatest gymnasts of all time, the 24-year old American Simone Biles has made it a habitual practice breaking records and striking gold.

The backstory of Simone Biles

Born on March 14, 1997, Simone Biles showed a keen interest in gymnastics at a very young age. However, she had a very difficult childhood as her mother Shanon Biles was not able to take care of all her four children and they had an unpleasant time moving in and out of foster care.

Simone Biles also had the opportunity to represent Belize as she holds Belizean citizenship through her adoptive mother. However, Simone decided to represent the USA but still refers to Belize as her second home.

Simone has been in a relationship with English footballer Jonathan Owens since August of 2020.

Simone was part of the infamous Nassar's abuse. In what shook the entire world, it came to the limelight in 2018 through a Twitter confirmation by Simone as well that the USA Gymnastics physician Larry Nassar had assaulted her and her teammates. In May 2018, Biles and her teammates were awarded the Arthur Ashe Courage Award.

Throughout her career, she has made it a habitual practice to break records and at a very young age of 24-years old, she has already received a list of the most prestigious awards and recognization.

Let us take a look at the Achievements/ Awards of Simone Biles.

In addition to her unceasing list of achievements and records, she also has a staggering list of world records to her name. The most notable being her medals tally of 25, which is the highest ever for a gymnast. She surpassed Vitaly Scherbo’s record of 23 in the year 2019.

She also stands to be the sole lone gymnast who has competed in all four skills (Vault, Uneven bars, Balance beam, and floor exercise) at H or higher.

# Simone Biles has four gymnastics move named after her. Yes, you read that right, the 24-year old never fails to surprise us.

# Simone is currently dating NFL player Jonathan Owens. But what is shocking is that Owens was totally unaware of who Simone Biles really was. It was only after seeing the huge followers number on her Insta account that he realized her fame. Now that is pure!

# Simone Biles is the first woman athlete to get her own emoji on Twitter!

# A huge love for dogs. Simone owns two french bulldogs and she also did express her interest in owning more of them.

# Shortest among the athletes. At the Rio Olympics where 555 US Olympians took part. Simone Biles standing at 4 feet and 9 inches was the shortest US athlete of the contingent.

# Same coach since she was 8 years old. Gymnastics coach Aimee Boorman identified her talent at a very young age and ever since the journey has been indelible forth two.

With 4 gold medals at the 2016 Rio Olympics, Simone is expected to be the leading contender once again to strike big at the Tokyo Olympics.

The American was once again seen in great momentum but her qualifications have not been that easy this time around as she has a strong contingent of the Russians behind her.

However, in what came as a huge shock to the followers Simone finished 10th in the uneven bars and failed to qualify for the finals.

Simone Biles is well on course to finish top in the remaining individual and team events and given she continues with the same momentum and vigor as in the all-around qualifications, the American may be looking for a record 6 gold finish.

Do stay tuned with Sportco as we bring you all exclusive and exciting content revolving around the biggest sporting event in the world.