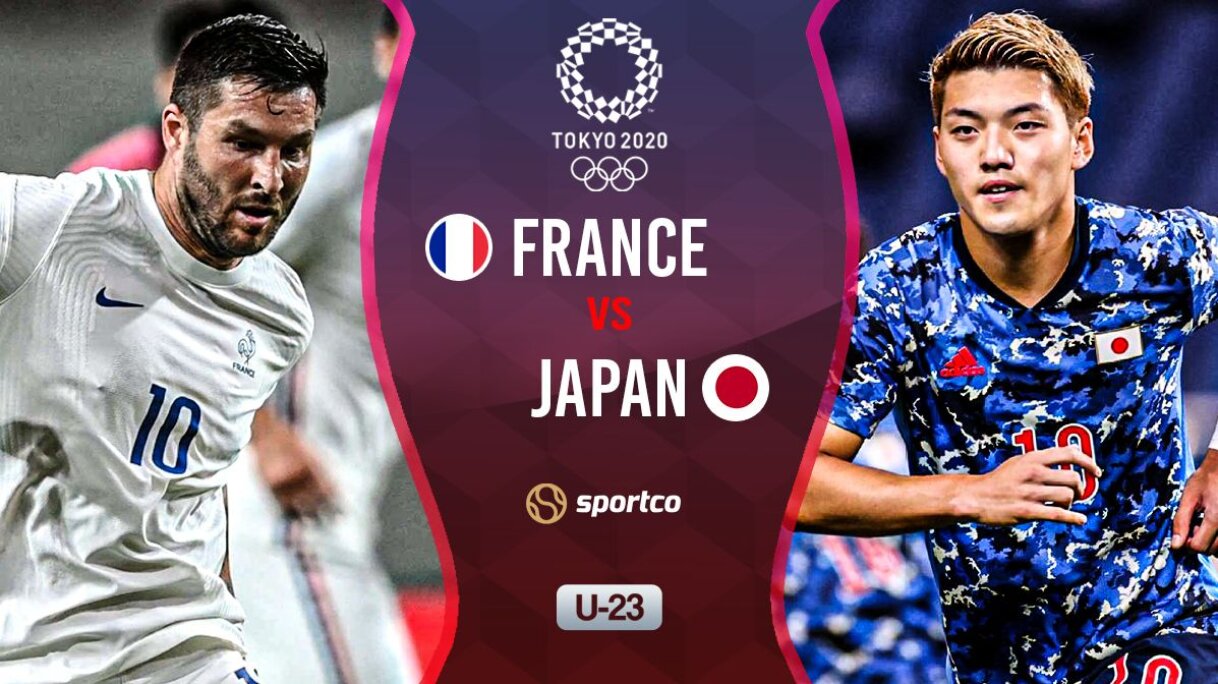 Tokyo Olympics 2021: France U23 vs Japan U23 Match Preview and Prediction

France will play their most important game of group A against host nation Japan at Yokohama Stadium on Wednesday.

Tokyo Olympics Football: France U23 vs Japan U23 Preview

The host nation have started their Olympic campaign with consecutive wins, having already qualified for the knockout stage of the competition, will head into their final group game against France as favourites.

A draw against France would see them top Group A. However, they will have to prevent France from scoring many goals as it might thwart their chances of qualifying for the quarter-finals in goal difference.

Takefusa Kubo has been excellent for Japan and will continue his fine form when he meets France in the last game of Group A.

France had to dig deep to clinch victory in a seven goals thriller against formidable South Africa; André-Pierre Gignac played a crucial role in their win against South Africa and will be confident when he faces Japan in the culmination of Group A.

France U23 vs Japan U23: Predicted Lineup

Tokyo Olympics Football: France U23 vs Japan U23 Prediction

France has conceded most goals in the Olympics men’s football tournament and has been uncharacteristically sloppy in their defence, which could be their shortcomings against Japan, who has been rampant in front of goal.

However, Gignac has been a key figure for France in the last two games and has been ameliorating the forward line, scoring a hat-trick in the previous game and a solitary goal against Mexico. As a result, he could be a threat to Japan’s defence.

Sportco predicts France to edge Japan with a narrow win.