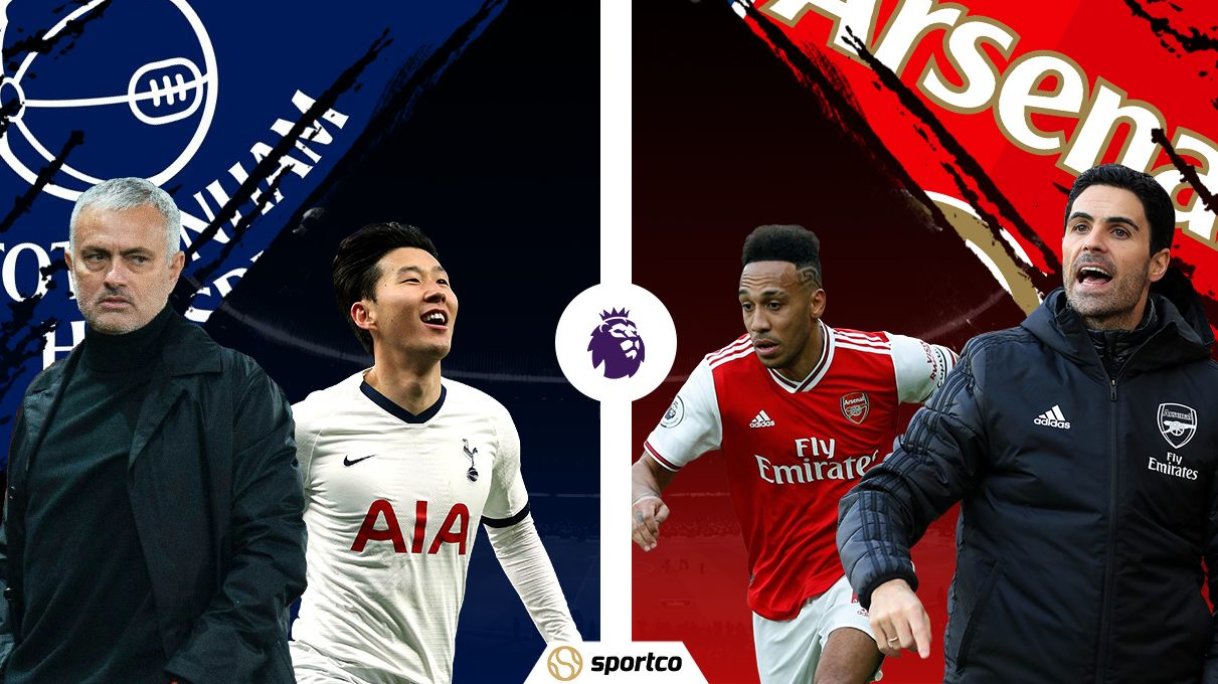 Tottenham host arch-rivals Arsenal in the 188th North London Derby as Jose Mourinho would be hoping that his team keeps up their fine form in the league.

The first week of a power-packed December is going to be explosive with fans returning to specific stadiums. Fortunately, the North London derby was scheduled to be played on December 6, and fans will be there to witness a proper derby after more than half a year.

Two thousand supporters are permitted and Spurs fans would try to add more to their neighbor’s miseries who are in the bottom half of the points table.

Tottenham is unbeaten in their last four North London derbies and this may fill the Gunners with some additional responsibility as a lot will be on the line.

For the first time since the 1961 season, Tottenham looks to be in the groove for a fight until the very end of the Premier League. Their last two league games were against Manchester City and Chelsea and several thoughts floating on social media revealed that Tottenham may lose their form suddenly as they lack the tactical approach.

After managing to get four points after two high-profile fixtures, it is now evident that Jose Mourinho has certainly redeemed himself again as a tactical genius.

The Gunners, on the other hand, have a new set of issues to deal with, and their problems are only exacerbating as the season progresses.

Numerous Gooners were at the Emirates too, to watch them play the Europa League fixture against Rapid Vienna which Mikel Arteta and team won handsomely (4-1).

Their European form is contradicting to their performances in the English top-flight, having won only four points of the last possible 18. Their defeat against Wolves was the third consecutive loss at the Emirates, and they would certainly not be comfortable visiting the in-form Spurs.

Harry Kane will be the biggest concern for Tottenham as he has been present everywhere on the pitch, be it in terms of goals and assists or while holding-up play. However, Jose Mourinho recently announced that Kane may not be fit for the game but we all know Jose Mourinho and his mind games.

He did the same thing with Manchester United, revealing that Heung-Min Son won’t be available for the game, while the South Korean featured in the game for Tottenham, and also contributed heavily in goals and assists.

Not to forget, if Kane features and scores against Arsenal on Sunday, he will become the highest goal-scorer in the history of the North London Derby, and this may be the perfect moment for him as Spurs fans return to see beloved Tottenham on top of the Premier League after a really long time.

Erik Lamela’s absentee is certain for Tottenham, while Toby Alderweireld who suffered a groin injury against the Cityzens may make it just in time for this game. For Arsenal, some positive news arrived as long-term absentees Pablo Mari and Calum Chambers returned Thursday night.

Nicolas Pepe remains suspended, while Thomas Partey is ahead of his schedule and will be returning to training before the game. David Luiz’s head injury made him miss the Europa League clash, and the Brazilian will be assessed again to check whether he is fit to feature.

Gunners’ Gabriel Martinelli is back too, but he will be playing for the Under-23s before returning to the first team.

Son has been in fine form this season for Tottenham and is also among the top three in the Premier League Golden Boot race. Bellerin too has been one of the very few Arsenal players who has kept up with his energy and work-rate.

With the South Korean duly taking responsibility for his defensive duties, Bellerin may have a tough time in deciding whether to attack or defend.

The midfielder turned centre-back for Spurs under Mourinho and has looked solid after some initial struggles in the position. On the other hand, the Gabon star will be hungry to get back on the scoresheet, having failed to score from open play in his last seven appearances. Let’s see if Dier’s physicality can stop the Arsenal skipper.

Just like the Special One said, “There are no favorites in a North London Derby,” the game could go either way. The current form favors Tottenham but the Gunners would surely play this game with more enthusiasm and grit as they know a win here could bring a complete turnaround in the Premier League fortune.