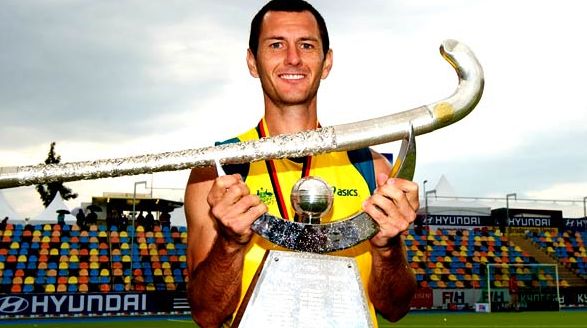 The greatest field hockey legends of all time

From the domination of the great Indian and Pakistani teams, to the current state where Australia have become the best side, field hockey has had a rich and varied history.

A rich and varied history also means that the sport has given some dazzling players who have enthralled audiences with their skills. Here are the three greatest legends of field hockey:

Amongst fans and sportswriters alike, Major Dhyan Chand is unanimously considered to be the greatest field hockey player of all time.

He was nicknamed ‘The Wizard’ and ‘The Magician’ for his superb ball control, Chand was India’s leading light when they dominated field hockey in the years before the Second World War.

Born in Allahabad, Uttar Pradesh, Chand joined the Indian Army like his father and used to play Hockey for the Army’s team. His talent was evident when the Army toured New Zealand to play hockey, where they won 18 matches, drew two and lost only one.

Chand was again a star for the Indian hockey team when they successfully defended their gold medal at the 1932 Olympics in Los Angeles, defeating hosts 24-1 in the final. This time, his brother, Roop Singh finished as the top-scorer with 13 goals. One more than Chand.

Chand captained the Indian side at the 1936 Olympics in Berlin; his final Olympics appearance. The Indians played Nazi Germany in the finals and after being restricted in the first half, played a very aggressive attacking game in the second. The result, India won the final 8-1 and Chand’s exploits became the talk of the town.

His record of more than 400 goals is the highest in field hockey history and as a commemoration of his legacy, Chand’s birthday, 29th August, is celebrated as India’s National Sports Day.

From a star of the early days, to the player who was one of the finest in the 21st century.

Australia owes a lot to Jamie Dwyer for its re-emergence to prominence in field hockey in the 21st century. Starting his career at the junior level in 1996, Dwyer made his debut for the senior side in 2001.

Playing as a centre, Dwyer was a key component of the Australian side that won the Olympic Gold at the 2004 Olympics. He became a household name when he scored an extra-time winning goal in the final against the Netherlands. His stellar performance that year also led him to be named the FIH World Player of the Year for the first time. He would win another four Best Player of the Year awards in his career.

Dwyer is Australia’s most capped player, having earned 326 caps. He has scored 215 goals for his country and been a key cog of their domination in the Commonwealth Games, winning gold in 2002, 2006 and 2010. He is also a two-time World Champion and has won the Champions Trophy six times in his career. A true modern legend of the game.

The man Jamie Dwyer surpassed to become the winner of the FIH World Player of the Year award was Dutch legend, Teun de Nooijer.

de Nooijer, however, has one more Olympic gold medal than Dwyer along with two silver medals.

He came to prominence as part of the Dutch team that won the gold at the 1996 Olympics in Atlanta. His rise to stardom, however, began in the 1998 World Cup when he scored a golden goal in the final against Spain to win the Cup.

de Nooijer and the Netherlands were successful in retaining their Olympic gold at the 2000 Olympics with a win over South Korea in penalty strokes. de Nooijer would go on to serve as an important part of a side that tussled for hockey supremacy with Australia, Germany and Spain in much of the 2000s.

de Nooijer collected a gold medal in the European Championships of 2007. This came after he won three silvers and a bronze in the preceding years. de Nooijer also won the Champions Trophy six times in his career. In the same tournament, he finished second twice and won the bronze medal thrice.