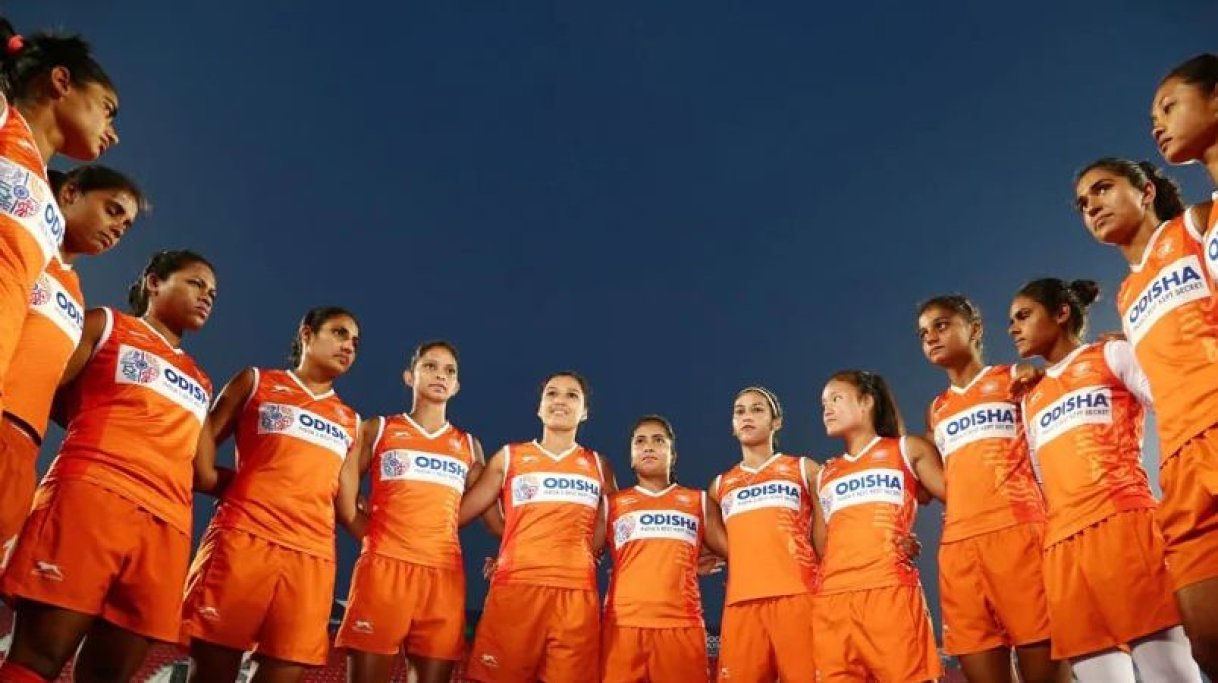 The Indian women’s team defeated United States of America by 5-1 in the first match of  the Olympic qualifiers played at Kalinga Stadium, Bhuvneshwar on Friday.

It was an aggressive start for the Indian team as they dominated the possession in the first five minutes of game. In the 7th minute, Alyssa Parker hit the shot wide off the post and India survived a scare. Three minutes later, USA got another chance to score a goal as the shot went under the goalkeeper, but failed to enter the net.

The visitors gained momentum and another powerful shot went wide off the goal post. Lilima Minz was shown  the green card. At the end of first quarter the scores were 0-0.

The second quarter saw an attacking start from the Indian team as Sharmila missed a golden chance inside the circle in the 17th minute. India dominated the possession and played with attacking instincts. In the 22nd minute, Rani Rampal earned the first penalty corner, but Kealise Robie saved the goal and counter-attack from the USA gave them their first penalty corner. USA first penalty went wide off the goal post.

Both teams had their chances of scoring the goal but could not do it. In the 28th minute, India earned two back to back penalty corners. A brilliant rebound shot by Lilima Minz from second penalty corner gave India 1-0 lead.

USA started the third quarter on an aggressive note, but the Indian defence was up to the mark. In the 34th minute, India earned their their penalty corner, but once again it was saved by the USA defensive line. In the 38th minute, India got fifth penalty corner of the match, but it didn't get past the USA goalkeeper.

In 40th minute, a brilliant effort and touch inside the circle gave the hosts 2-0 lead. India earned their sixth penalty corner and Gurjuit Kaur power dragflick in the 42nd minute made it 3-0. It was another attacking display by the Indian forward as they earned their their penalty corner. Gurjit hit the shot but was well saved from USA goalkeeper. India ended the third quarter in a commanding position at 3-0.

India began the fourth and final quarter on an aggressive note as a brilliant run from Navneet Kaur in the 46th minute made it 4-0. Both teams played attacking hockey. In the 51st minute, India was awarded the penalty stroke and Navneet Kaur made it 5-0. In the next minute, Erison Matson converted penalty stroke to get a consolation goal. USA looked aggressive but could not manage to score the second goal.