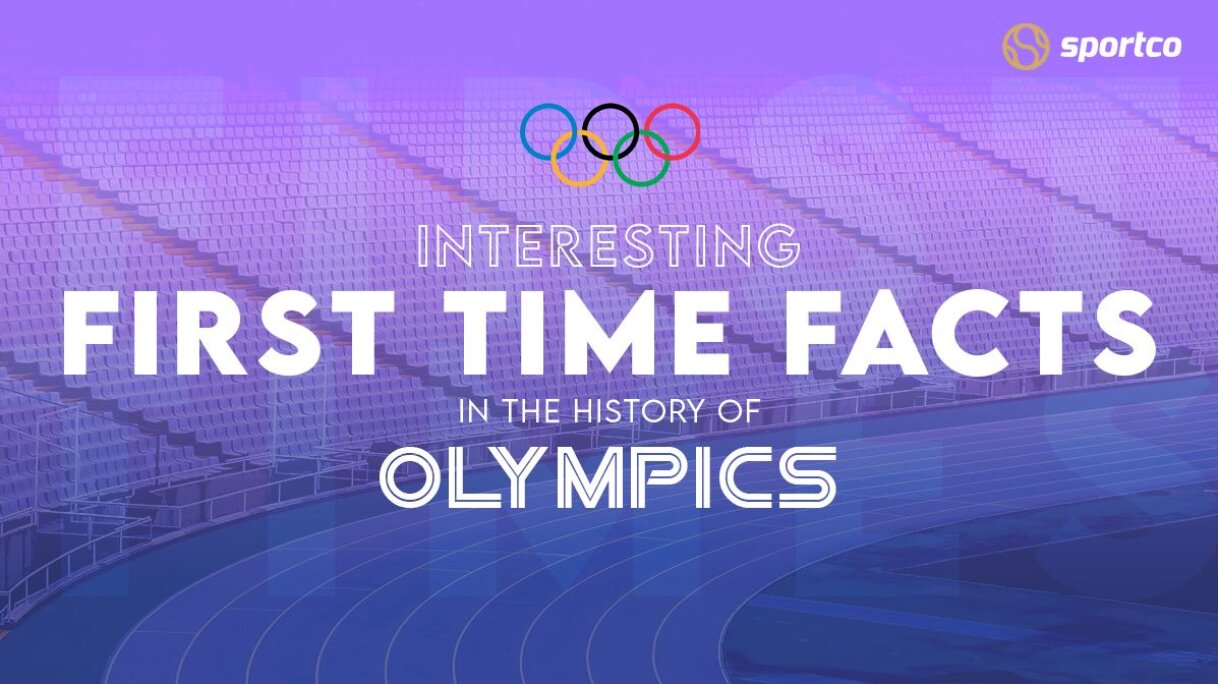 Did you know these 15 Interesting Facts about the Olympics?

Ever since the inception of the Olympics way back in 1896, officially known as the Games of the Olympiad, we have had 29 editions of the grand Global event including the upcoming Tokyo Games.

With the tournament being rich in its history and culture, it would not be a surprise that the Nations and the competitors have been thriving to showcase their best at the International stage.

Sportco, today brings you an interesting facts list of the famous first times in the history of the Olympics which expands to over 120 years. Also, a few that could mark the first time in the upcoming Summer Olympics.

The 2020 Tokyo Summer Olympics stands officially stands to be the only Olympics games that have ever been postponed. Yes, there were instances when the games were canceled.

New Zealand’s Laurel Hubbard will become the first-ever transgender to participate in the Olympics as she amid numerous controversies managed to make her in accordance with the recently modified qualifying requirements.

However, controversy has been clouding over the decision and it will be interesting to see how the 43-year old manages to break the shackles.

The fastest man on Earth, Usain Bolt, is the first athlete ever to win the same track event three times. The 34-year old achieved this feat first during the 2008 Olympics and further continued his great run into the subsequent 2012 and 2016 Olympics.

Former German speed skater and track cyclist, Christa Luding-Rothenburger, became the first-ever athlete in the history of the Olympics to win a medal at both the Summer and Winter Olympics in the same year (1988).

Famously known as the trio to Rio, Leila, Liina, and Lily Luik of Estonia became the first-ever triplets to compete at the Olympic games.

Although there have been several instances of twins participating in the games, this was the first time ever that triplets took part, and interestingly they were part of the same event, Marathon.

The 1948 Olympics held in the United Kingdom was controversial for numerous reasons and one most noted incidents being that of Marie Provaznikova.

After winning the gold medal at the Gymnastics event, the Czechoslovakian became the first athlete to defect as she felt there was no freedom of speech in her country.

Interesting fact: Marie, after a few months in the UK, migrated to the USA for a living and died at the age of 100.

Abebe Bikila created history at the 1960 Olympics games by becoming the first-ever black African to win a gold medal at the global event. The Ethiopian managed to replicate his master class in the very next Olympics held at Tokyo, by winning a gold medal at the Marathon event.

Helene de Pourtales, the Swiss legend became the first-ever female to win a gold medal at the Olympics. She was part of the winning team of the first race of 1-2 ton class in Sailing.

However, Charlotte Cooper of England stands to be the first female to a gold medal at an individual event, as she managed to claim glory in Tennis. She further added to glory by winning the mixed doubles, the same year.

Olympics is indeed known as the biggest sporting event in the World. Do you know which was the first team sport to be added to the Olympics? Well, It is the most followed team sport- Football. It was introduced as an exhibition sport in 1900 and 1904, later becoming a regular fixture.

Although the Olympics was catching pace in the late 1890s, it was only at the 1904 Olympics that for the first time that Gold, Silver, and bronze medals were issued for finishing 1st, 2nd, and 3rd.

2020 Tokyo Olympics will see an additional 5 new sports. The IOC committee has decided to include Karate, Baseball, Sport Climbing, Surfing, and Skateboarding. Which of the additions are you excited about?

The first time the Olympic games were held in Asia was back in 1964 and interestingly the venue was Tokyo, Japan. The 2020 Olympics will mark the 5th time to be conducted in Asia. The other countries to host the Olympics are South Korea (1988) and China (2008).

Women were part of the Olympics since 1900 but it was at the 2012 Olympics held in the United Kingdom that witnessed every participating Nation feature a Women competitor.

Like the Olympics we also now see the Paralympics gaining a lot of attention and support. The first-ever Paralympics was held back in 1960, the event was planned in order for the war veterans to take part.

However, there have been several instances of physically disabled athletes taking part in the Olympics prior to the introduction of the Paralympics.

Interesting fact: George Eyser of the United States of America claimed six medals at the 1904 Olympics with a wooden leg.

How many of the first times in Olympics did you know? Which of the facts amused you the most? Do comment down your thoughts. Also, do stay tuned with Sportco as we will bring you more exciting content related to the biggest sporting event.