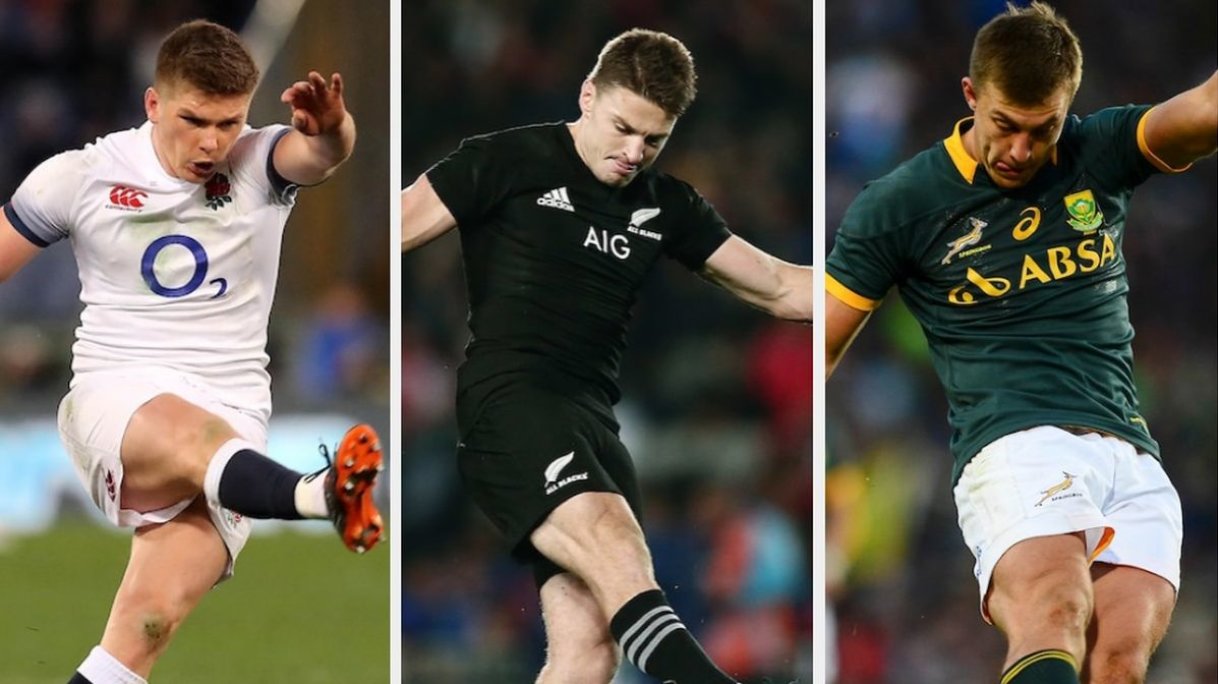 The Rugby World Cup is getting closer day by day and the question on everyone’s mind is – Who’re the favorites?

There have been four different champions in the seven editions of the tournament so far. England is the only northern hemisphere nation to have captured the Webb Ellis Cup, having done so in 2003.

New Zealand lead the pack with three World Cup titles – including the last two editions. South Africa and Australia, both, have won two titles each. England is the only nation with a solitary title.

Four years is a long time in the sport and the state of teams can change. Regression is part and parcel for a nation.

That being said, let’s take a look at the nations who stand out as contenders for the 2019 Rugby World Cup

First things first, this All Blacks squad does is not as talented as the 2015 or 2011 one.

The inspirational captain, Richie McCaw will not be around this time out. So will the irrepressible Dan Carter.

Does that mean you can count out the defending champions? No.

The All Blacks still have a strong squad lead by Kieran Read who was a key component of the 2011 and 2015 World Cup winning squads.

There is a considerable amount of experience in the All Blacks squad with 10 players having 50+ caps.

New Zealand has a strong record since 2018, having won 15, lost three and drawn one. This includes a whitewash of France [3-0].

The blips include losses to South Africa (at Wellington), Ireland and Australia.

Speaking of recent form, the All Blacks surprisingly finished third in the 2019 Rugby Championship, a tournament that they should have ideally won.

Till September, Wales were the top-ranked team in the world. Two successive losses to Ireland have knocked them down to fifth. That, however, should not take away from the quality work that Warren Gatland’s men have done in the past few years.

Wales’ tag of favorites is primarily due to their superb showing at the 2019 Six Nations Championship. The Dragons finished as Grand Slam champions at the tournament with the icing on the cake being the huge 25-7 win over Ireland.

The Dragons have been going strong since 2018, winning 16 games and losing five. All five losses have been against either England (two) and Ireland (three). This will be a concern for Gatland considering Wales will eventually meet a top side in the later stages of the tournament.

The Irish head into the 2019 Rugby World Cup as the top-ranked team in the world. That, however, should not be considered the prime indicator of their strength.

The Irish have had a solid run since 2018, winning 17 and losing four. Marquee wins include ones over New Zealand, England and Wales.

They underperformed massively, however, in the 2019 Six Nations. The Irish were Grand Slam champions in the 2018 edition but finished third in the 2019 edition. They lost 20-32 to England and that score was flattering to the Irish, considering how sub-par they were.

The lowest point for the Irish in the tournament, however, was the 25-7 loss to Wales. The Welsh registered their biggest win over Ireland since 1976 and went on to be Grand Slam champions.

The Irish did gain a measure of revenge on the Welsh, defeating them in two successive Tests.

Despite a humbling loss in the Six Nations championship, the Irish are still a force to reckon with. Jonathan Sexton has had a strong showing since 2018, scoring 126 points in 16 games. His kicking skills will be something that Ireland will be relying on heavily in this Rugby World Cup.

2003 Rugby World Cup champions England, as usual, will be going to Japan with a lot of expectations. Their fans are a lively bunch and are a treat to play for.

Currently ranked third, England have won 12 games and lost eight since 2018. Eddie Jones’ men haven’t been in the best of forms but their performance at the 2019 Six Nations Championship deserves a lot of praise.

The highest points scorer and highest try scorer at the tournaments were English. Owen Farrell scored 59 points in five games and Jonny May amassed six tries in the tournament.

Farrell is the highest points scorer, among all players, since 2018. He has scored 208 points, with 43 conversions and 30 penalties scored. Farrell leads from the front and will be England’s key man in the offense.

May is the highest try scorer in the world since 2018, with 14. He’ll also be one of the players to watch out for in the Rugby World Cup.

England’s tandem of May and Farrell have been on a hot streak and are sure to wreak havoc on defenses in this Rugby World Cup.

Rassie Erasmus has been a major factor in the Springboks’ improvement since the last few games.

South Africa’s record 11 wins, seven losses and one draw since 2018 does not look great. A deeper look, however, shows that the Springboks have turned things around this year, having gone undefeated in 2019.

The most impressive achievement for the Springboks has been their triumph at the 2019 Rugby Championship. Erasmus’ side outlasted New Zealand and Australia to win their first Rugby Championship since 2009, spearheaded by strong performances from Handre Pollard and Herschel Jerome Jantjies.

Lastly, the Springboks are a side that step up their performances on the big stage. That is a propensity that cannot be ignored.