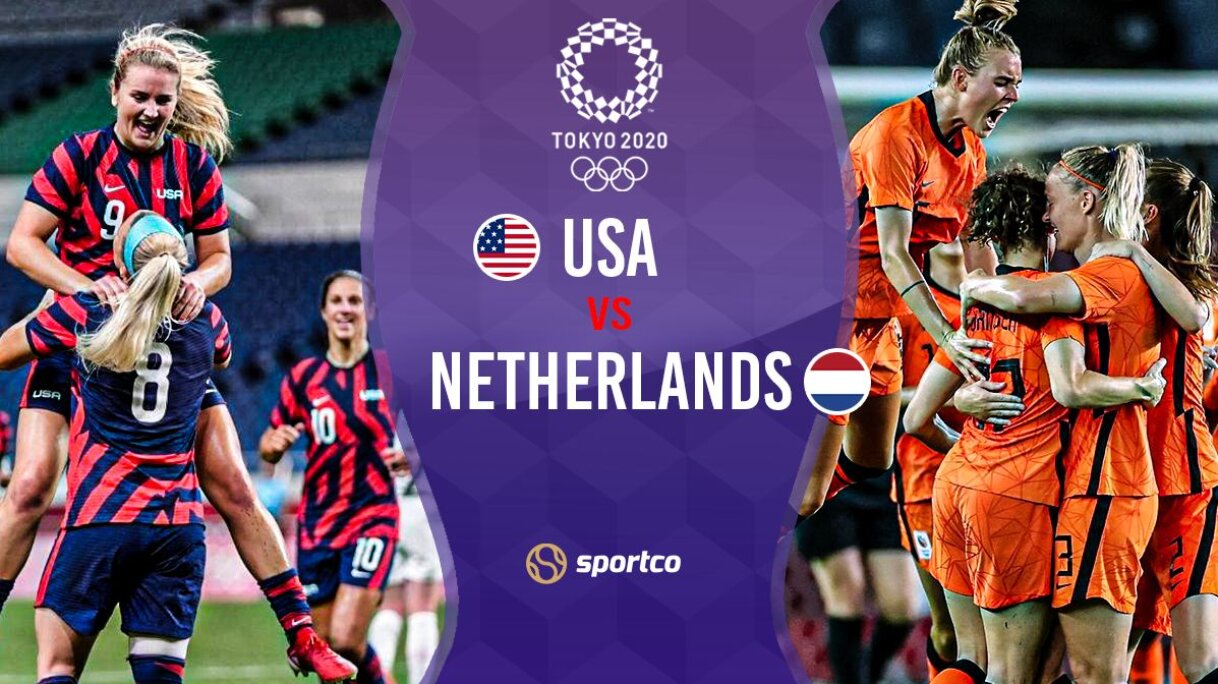 Tokyo Olympics women’s football tournament will resume on Friday with the USWNT soccer team and Netherlands women’s team will fight for a semi-final spot at the Yokohama Stadium.

The Netherlands have been rampant in Tokyo Olympics 2021 women’s football tournament. They annihilated China PR and Zambia, however, against Brazil, they had to settle for a draw.

Nevertheless, Netherlands boost a great squad and will be looking to avenge their 2019 women’s FIFA World Cup final defeat against USWNT.

USWNT soccer team had a poor start to the Tokyo Olympics and managed to win only one game in the group stage. Therefore, they must go from strength to strength against Netherlands women’s team if they want to secure a semi-final spot.

Both the teams have played 14 games against each other, and the USWNT soccer team has won 13 games out of 14 matches and has lost only one game.

The Netherlands have yielded phenomenal performance and scored whopping 21 goals in the tournament.

They are currently one of the best teams in the Olympics, and no teams would want to face them. The Dutch will be prepared to take on USWNT this time and will be eyeing a win.

Being favorites of the tournament, the USWNT soccer team hasn’t lived up to expectations and will need to pull up their socks against the Dutch side.

USWNT and Netherlands are the old adversaries, having encountered 14 times. Sportco predicts the Netherlands are a far better team at the moment and should win this game.