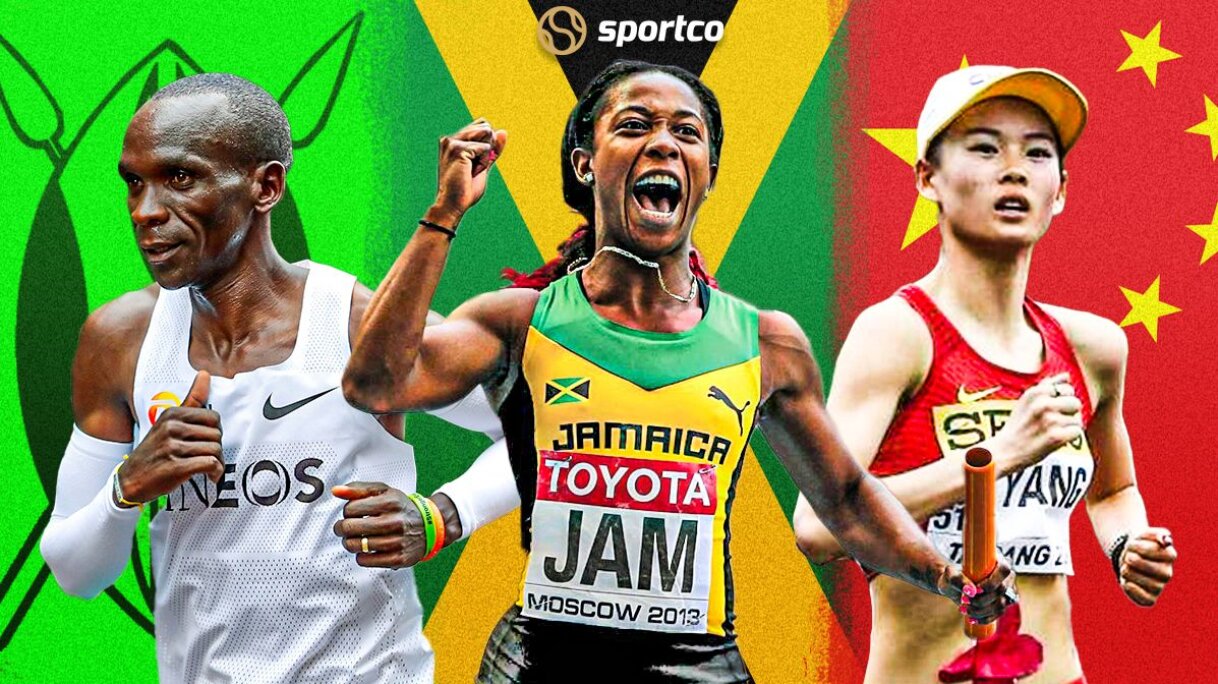 The much-awaited Tokyo Olympics 2021 is now just a couple of weeks away and with the preparations taking place in full swing the latest updates would be as cherishing for the supporters as the committee has decided to conduct the games behind closed doors owing to the increasing number of Covid cases in the Nation.

With so much at stake, Sportco today takes a look at the 5 athletics records that are likely to be broken in the upcoming Tokyo games.

The gold medalist at the 2017 World Championships in Athletics for 20 km race walk, Yang Jiayu of China currently holds the record for the fastest time at 1:23:49, which she achieved at the Chinese Race Walking Championships in Huangshan.

The 25-year old is in contention to beat her own record and what could be better than achieving the feat in the biggest of all stages.

Regarded as the “Greatest marathoner of the modern era”, Eluid Kipchoge of Kenya holds the world record for the fastest time to complete a marathon, 2:01:39 set during the 2018 Berlin Marathon.

The 36-year old runner also now managed to claim the gold medal at the 2016 Rio de Janeiro Olympics and all eyes will be on the Kenyan as he will look to better his own record and claim his second Olympic gold medal.

The Women’s 10,000m race at the 2021 Tokyo Olympics will witness the two of the greatest in the event come face to face. The current record holder Letesenbet Gidey, who just recently managed to break the record of Sifan Hasaan of the Netherlands, will once again lock horns.

The much talked about, and the event which will attract a huge viewership. The Women’s 100m will see Shelly-Ann Fraser- Pryce of Jamaica and Dina Asher-Smith of Great Britain fight it out for the ultimate glory.

The second-fastest woman- Shelly-Ann is only behind the record holder late Florence Joyner and considering her retirement soon, the 34-year old will be hoping she can end her career on a high.

There is no doubt that the battle will be a mouth-watering contest between the two. Who are you placing your bet on to break the athletics records at the 100m sprint?

The 25-year old Venezuelan has been the talk of the town over the last couple of years as she has on several occasions managed to come close to the world record holder Inessa Kravets of Ukraine, who holds the record for the longest triple jump at 15.50m.

Rojas has come incredibly close on the last two occasions, striking a distance of 15.43 at the World Athletics Continental tour in Spain and if she is at her best on the given day, we could be witnessing history being rewritten after 26 years.

A gold medal at the Tokyo Olympics looks well in her reach. But, can the 25-year old force herself into the record books of athletics history?

Which athletics records do you think is likely to be broken in the upcoming Tokyo Games? Do let us know your thoughts. Also, do stay tuned with Sportco as we bring you exciting content round the clock.