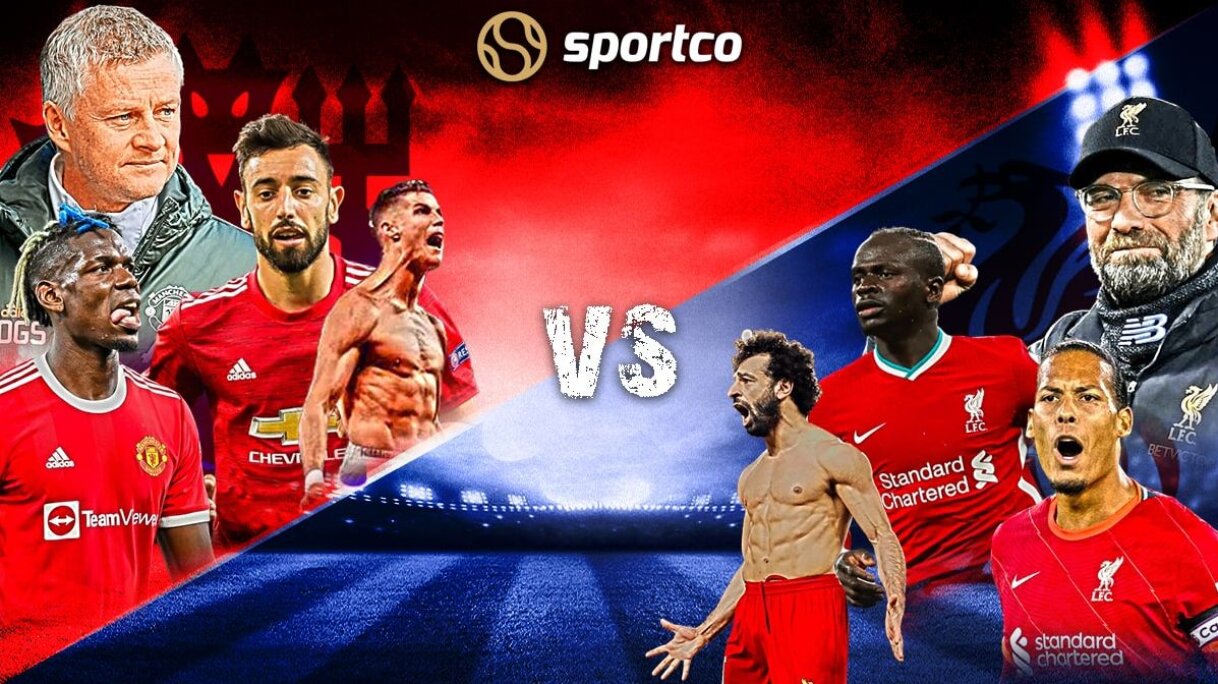 Manchester United vs Liverpool remains a marquee fixture in the footballing calendar which is highly anticipated by both club's huge global fan bases across the globe.

In this article, we glance through preview for the big clash which includes their rivalry history, head to head results, trivia, trophy comparison, predicted lineups, and prediction.

Manchester United will need to be at their very best in this game, or else, they will be completely torn apart against a rampant Liverpool.

In their previous game, Man United came from two goals down to secure a 3-2 victory over Atalanta.

Ole Gunnar Solskjaer's will have sort his midfield, which looked ragged in the first half against the Italian outfit on Wednesday night. Should Ole play Pogba in midfield alongside Bruno Fernandes and a holding midfielder like Nemanja Matic/Fred/Scott McTominay?

Or should the Man United manager go with the same team that played against Atalanta, with two holding midfielders? These are some pertinent questions that Ole Solskjaer will need to find an answer to.

While Liverpool fought till the end to claim a 3-2 victory against Spanish Champions. The teams look indomitable; however, the question still lies on their wobbly defense.

Jurgen Klopp's side would have conceded four goals if it wasn’t for Alison Becker's manoeuvres between the sticks.

Manchester United vs Liverpool Head-to-Head History: How the rivalry unfolded

Both the northwest Londoners represent one of the biggest rivalries in world football. The rivalry was heightened when the two major cities of England were fuelled by the proximity against each other as they represented the same historic economic and industrial popularity at home and abroad.

The rivalry was severe between the clubs, as it first occurred when the industrial revolution began. At that time United were a massive city and one of the attractive cities with its world capital of the cotton trade.

Liverpool was a few miles away and was a smaller city with its seaport. However, the cities were linked by canals making them the world’s first inter-city railway, this made Liverpool a little larger than Manchester.

This led to United making their own Ship Canal, sponsored by Manchester merchants. Their ships used to bypass Liverpool’s docks and fees, which led to protests from Liverpool, as it created more tension between the cities as working-class Liverpool dockers and labourers in Manchester intensified after its completion.

In 1894 they played their first-ever game in history. Earlier Man United was named Newton Heath and in the game against Liverpool, they lost 2-0 which saw them relegated to the second division. Eight years later Newton altered their name to Manchester United.

It will be an exhilarating fixture and where we see one team is struggling to win games while the other is on an impressive winning streak.

Liverpool looks confident going into this fixture but will need to work on a better defensive performance, as Man United has some great forwards who can cause trouble.

While the Red Devils will have a mountain to climb as they are facing one of the best teams in Europe and the players will need to step up on the plate.

However, at this moment Liverpool looks great from every aspect and will emerge victoriously.