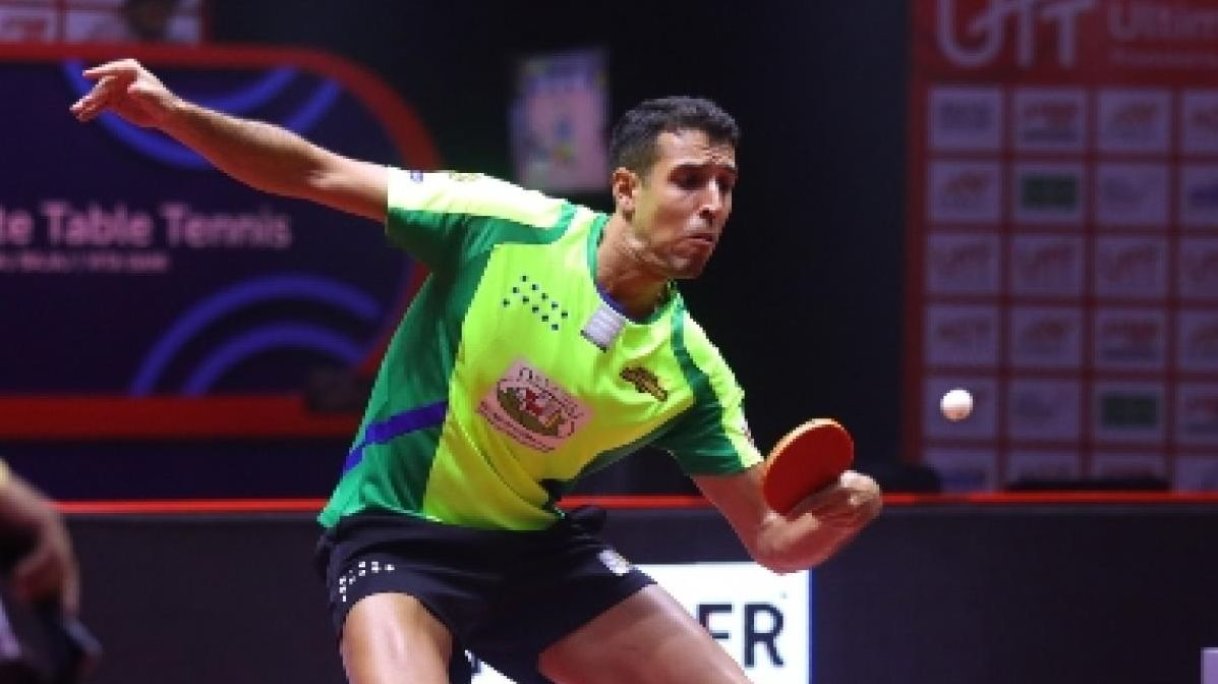 The league  phase is coming to last two ties for each team. This has been an enthralling  event. The spectators have been treated to Table Tennis  of a new level. The long rallies, the serves, twiddling of racquets, the hooter of golden points and well contested matches have been a delight.

Two teams have to bid adieu and they will be Puneri Paltan and RP-SG Mavericks.

This team had both the Commonwealth champions - Harmeet Desai and Ayhika Mukherjee. If you see my article I never treated Harmeet as a star. His backhand is good but his forehand was exposed so he kept losing matches to players. Finally, he was replaced in doubles by Chiang Hung-Chieh. Their star player Chiang Chih-Yuan is 38 yrs old. He lost to lesser players whoengaged him in long rallies otherwise he was expected to cruise through his matches. Sabine Winter will win against Indian players but her backhand is weak and this is exploited by foreign players. This is the reason for her dismal performances.

All these setbacks will contribute to their exit.

They were riding a wave banking  on queen of Indian Table Tennis, Manika Batra. She was not well during the Commonwealth Championship and she did not recover in time. Her 0-3 loss to Archna Kamath rang the death knell for her team. Sanil Shetty has a terrific forehand but virtually no backhand so he can't win again foreign players. Matilda Ekholm has been winning all her matches to give them respectability. Benedikt Duda can win some games but he can't spearhead their victory.  So RP-SG will be the 6th ranked team and bow out without a fight.

Now there is a tug of war going on between the top four teams and who is better depends on that day's performance. One match here and there and the tie will be lost.

The defending champions are struggling to stay afloat. They lost ties owing to Sathiyan Gnanasekaran losing.  He was undefeated in the first UTT edition. Right now, he is ranked 30, his highest. He was expected to win at least five matches. The day he does it Delhi wins it.

Secondly the crowd favourite and highest ranked European, Bernadette Szocs is having knee trouble. She is not able to win three games and that is giving them trouble. Their second women singles player, Krittwika Roy is a liability so they expect her to lose. However Jon Persson is improving in each outing so I expect him to win his later matches and take Dabang Delhi to the top.

This team is emerging as the top team in the league due to the excellent performance of their women players, Archna and highest ranked player, Cheng I Ching. They win five of their singles matches and Cheng wins in doubles. However Archna has not played any foreign player, a tie she may lose due to her inexperience. Amalraj has been playing very well but he cracks under pressure, so in crucial ties he may falter.

Chennai is a decent team, spearheaded by old war horses Sharath Kamal and Tiago. Both of them have been lucky on golden points to win their matches. I, however, don't  expect them to cross semi finals.

Petrissa is doing well but she will cave in to Cheng, Archna or Szocs. Madhurika may win a game but not the whole match. So it is end of story for them in semifinals.

Manav Thakkar with his quick backhand and spin is emerging as a match winner. Similarly Doo Hoi Kem is winning all her matches. Sutirtha has been their torch bearer and it is her victories which have paved the way for the wins. Their foreign player Kirill is the weak link and is expected to lose.

Their victory depends on the mixed doubles and Manav winning against  top players. A distant possibility.

So it is a three- cornered contest and there are many ifs and buts. I anticipate a resurgent performance from Sathyam, Manav cracking and Cheng recovering. So, it comes down to Alvaro Robles delivering.

My vote goes to Goa Challengers on the basis their women players. Witness the paddlers deliver exhilarating performances on the 11th.