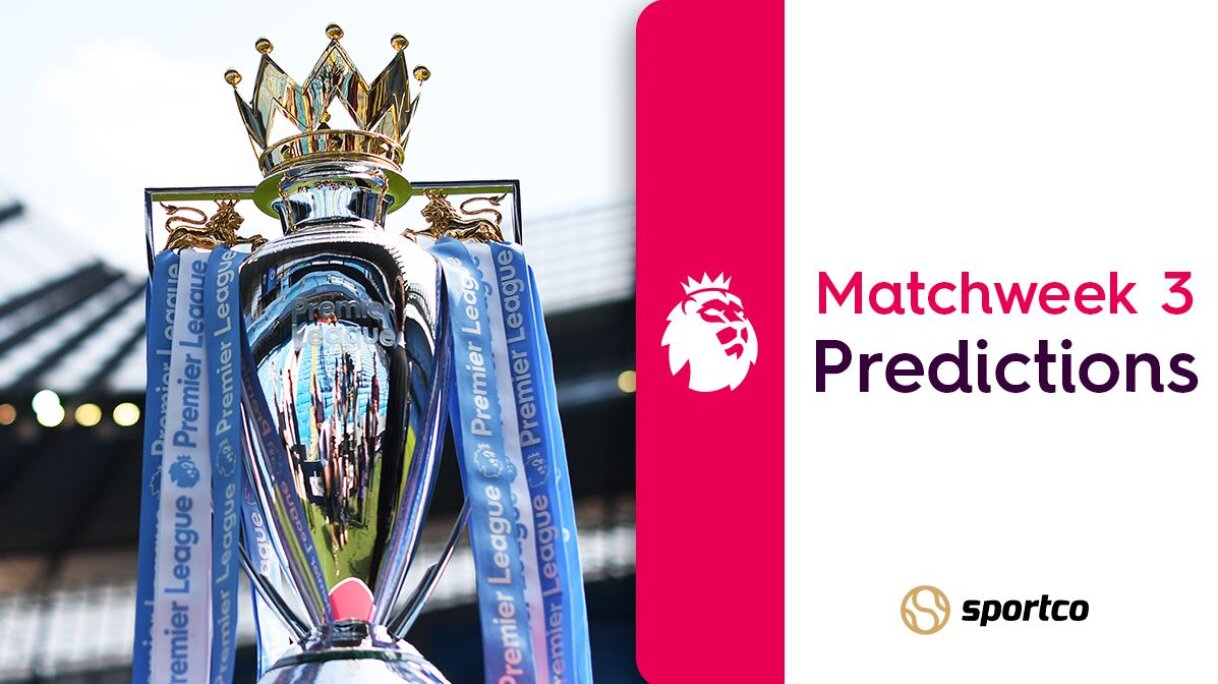 The Premier League 2021-22 season moves into Matchday 3 before heading into an international break. Before that, Sportco presents to you the predictions and preview of all the Premier League games of match week 3:

Rumors are in the air that the Cristiano Ronaldo and Manchester City deal is almost done. However, against Arsenal, they will remain without a striker, so it will be Ferran Torres or Gabriel Jesus who will be deployed as a false nine in a game against City.

Meanwhile, Arsenal finally found their goal-scoring mojo after ousting West Bromwich 6-0 in EFL Cup but another reality check could be in store for the Gunners as they visit the Etihad on Saturday.

The newly-promoted Brentford come into this game with a win and a draw and may fancy their chances when they travel to Aston Villa.

On the other hand, Aston Villa have had a decent start of the season winning one and losing one, and now they will be without their star player Jack Grealish and their new striker Ollie Watkins may miss out because of injury.

The last time Aston Villa beat Brentford was back in 1953 in the F.A Cup. Brentford is undefeated against Aston Villa in their last 6 meetings.

This weekend they will host Everton and half of the players have been sidelined. Defenders Dan Burn, Tariq Lamptey, and Joel Veltman are all out alongside striker Danny Welbeck, with new signing Enock Mwepu also as a substitute.

On the other hand, Everton have had their fair share of wins in the last two games. This will be an important fixture for Everton and they should capitalize on the game against an injury-ravaged Brighton.

Newcastle had the worst possible start of their new season, as they are on a three-game losing streak across all competitions as they take on Southampton at St. James' Park on Saturday.

However, the saints don't possess a great record at St. James Park as Newcastle have lost just one of their last 16 home Premier League games against Southampton (W12 D3).

Norwich will host Leicester City in-game week three of Premier League. Having started their new season on a sour note, Norwich managed to banish its goal-conceding ghost and hammered Bournemouth 6-0.

As for Leicester City, they embarked on their new season on a positive note before getting drubbed by West Ham 4-1. Brendan Rodgers' side will have to make the most out of a struggling Norwich and will be the favorites to win big in this one.

David Moyes' men have commenced their new Premier League season with a 100% record and look determined when they come across an average Crystal Palace.

Crystal Palace has been abysmal in their last three games. The Eagles are yet to win or score a goal under Roy Hodgson’s successor.

Both Liverpool and Chelsea are yet to concede a goal but have shown absolutely resolute performances against their adversaries.

Chelsea’s new signing Romelu Lukaku will go up against Virgil van Dijk, which will be an intriguing battle to watch.

Both the German coaches are content with their previous results. Recently the rivalry has grown intensely and both will be pitting their wits against one another, in another clash on Saturday.

Burnley has fared poorly in their last two games and will need to pull up their socks when they take on Leeds United on Sunday.

Leeds United will head into this game following a 2-2 stalemate with Everton but Bielsa's men have enough armoury to get past Sean Dyche's Burney side.

Under new coach Nuno Espirito Santo, Tottenham has evolved into a better team and started the new season on a promising note.

However, it would be too soon to judge their performances, as they have an entire match ahead of them. Tottenham fans will be delighted to hear that Harry Kane will stay for another season and marshal the forward line.

Watford were overconfident after their 3-2 win against Aston Villa but went downhill in a 2-0 loss to Brighton which exposed their defensive vulnerabilities.

With Harry Kane back in the squad, Tottenham could exploit Watford Defence.

Manchester United has been regarded as title favorites this season. Ole Gunnar Solskjaer is a man on a mission to lead the Red Devils to glory.

United will travel to the Molineux Stadium for their Match Day 3 to play against the Wolves. After a disappointing draw against Southampton, Manchester United will once again get on to a winning streak.

Wolves lost back-to-back games and will have to punch above their weight when they host Manchester United.