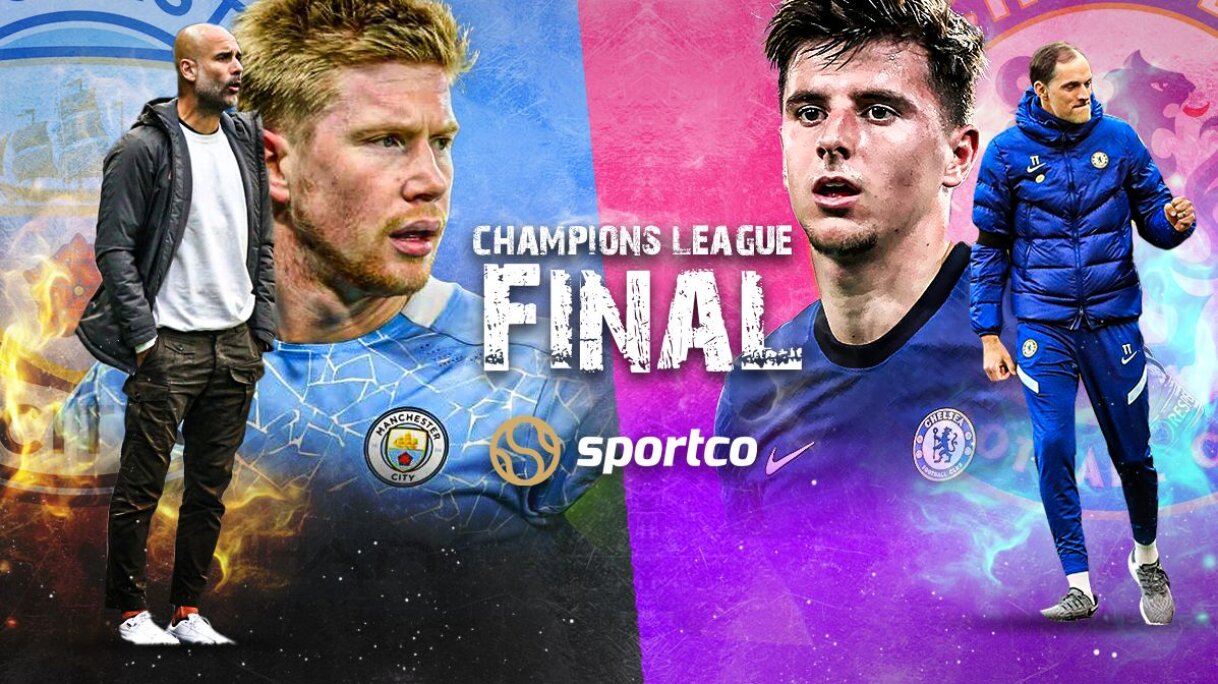 The Champions League is all set to host an all-English Final as Pep Guardiola takes his Man City side to Portugal to overcome their final hurdle in the form of Thomas Tuchel's Chelsea.

Pep Guardiola vs Thomas Tuchel, two football masterminds against one another, crossing several barriers, prevailing over Europe's best sides, and coming out of their ups and downs.

As we build up for a Champions League Final between Man City vs Chelsea, let's see how the teams fared when they played head-to-head in the 2020-21 season.

Pep Guardiola was looking to avenge his side's loss to Chelsea in the F.A Cup semi-final. Raheem Sterling scored just before half-time from a ball that could've been Sergio Aguero shot but the Argentine ended up assisting his teammate.

However, very soon, Man City were awarded a penalty to double the lead. It was certainly not Aguero's day as he tried a panenka with the ball landing straight in the hands of Edouard Mendy.

The second half witnessed a better start from Chelsea as they wanted to ascertain their control in the race for the Champions League spots.

Hakim Ziyech equalized in the 63rd minute, but the game had one more goal written in its fate, a goal for Marcos Alonso that helped Chelsea take the three points home.

The FA Cup semi-final and Thomas Tuchel's first go at Pep Guardiola in England was this time that Chelsea and Tuchel got the better of the Cityzens and Pep Guardiola even though they won just by a goal margin.

Manchester City tried to get back but they were too late as Chelsea came out more after a goals cushion.

Frank Lampard's last game as a manager against Man City and Pep Guardiola wasn't the best as Chelsea stumbled at home.

Chelsea conceded thrice in 16 minutes, with Ilkay Gundogan, Phil Foden, and Kevin De Bruyne on the scoresheet, and Chelsea were done and dusted by the end of the first half.

Chelsea tried their bit to get some goals in the second half but could not manage more than a Callum Hudson-Odoi consolation in injury time.

Let's have a look at both the team's Champions League run this season.

Pep Guardiola and Man City have the better record this season in the UCL. However, Thomas Tuchel will be pleased to know that he has beaten Pep Guardiola in their last two encounters.

The interesting part about their UCL runs is that Chelsea's only loss came against FC Porto, while Manchester City's draw came against the same opponents as well.

We expect Pep Guardiola to start with the same XI that beat PSG in the UCL semis. Thomas Tuchel would be sweating over N'Golo Kante to be fit for this match.

Chelsea will allow Manchester City to dictate the possession in the game and would be looking to hit them on the counter as they often do.

The game has the potential to go beyond the 90 mins into extra time and penalties. Both of Chelsea's UCL finals went into penalties, with the blues winning one and losing one.

Sportco predicts Man City to prevail in the Champions League Final against Chelsea, but we expect a very tight game.